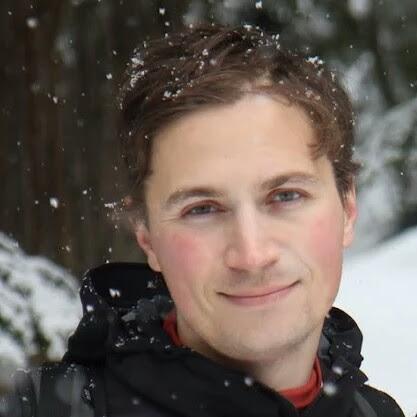 Cromulent: a workflow management toolkit that’s perfectly adequate and not quite as daunting to set up as Cromwell

At their basic level, bioinformatics workflows (just like many other scientific and business workflows) can be expressed as shell scripts. A long time ago, scientists would submit these scripts to a batch job scheduler like PBS, SGE, Condor or LSF. The scheduler would dispatch the script to run on a computer that was part of a cluster and connected to a shared NFS filesystem. Today, these same scripts can be run on cloud APIs like AWS Batch, which enable several key improvements:

Shell scripts are great, but it’s not clear how they can be used as units of reproducible/composable scientific computing. The community has come up with a bewildering array of workflow management frameworks, which by and large attempt to address the key needs for describing workflow inputs and outputs and establishing the runtime contract between the workflows and their execution environment. Given the number of “mostly dead” projects on the list linked above, it is clear that the problem of workflow description and management is very non-trivial and requires careful attention to software interfaces, abstractions, and community engagement for any tool or project that hopes to succeed in this space.

Subjectively, the workflow description and management projects with the most traction in the community are Snakemake, Nextflow, CWL and WDL. Each of these projects boasts a vibrant user community, a rich feature set, and a sustained development history. In my day-to-day work I have ended up using WDL extensively. This is in large part due to the excellent work of my colleague Mike Lin. Thanks to Mike, WDL is the only workflow language with multiple production runtime (interpreter) implementations, and one of very few with a formal, tested language specification. The next ingredient for success is a deep focus on developer tooling provided by the miniwdl project. (My employer, CZI, sponsors miniwdl development; the CZI EOSS grant program also sponsors Nextflow and CWL).

By itself, miniwdl is great at running workflows on a single computer, but it does not yet integrate directly with cloud-based systems like the AWS Batch API that I mentioned earlier. And this is where I finish setting the stage and dive into the novel part of this blog post: a miniwdl plugin providing an execution backend to run WDL workflows on AWS Fargate containers.

Great software is defined by its interfaces. The interfaces embody the commitment to the user (or developer). Stable, well-specified, well-documented interfaces at well-chosen abstraction boundaries enable software to evolve and grow over time. In the context of workflows, a workflow engine can easily fall into the trap of tying itself too closely to a particular execution environment infrastructure (or conversely, under-specifying its execution environment contract). So wherever reasonable, miniwdl provides a plugin interface to maintain and provide future flexibility as to which cloud API the workflow tasks can run on, or what kinds of URLs can be given to the workflow as inputs.

I used the miniwdl task container backend plugin API to run WDL workflows on AWS Fargate. Why Fargate? Because of its advantage in latency, or dispatch time. When developing workflows locally, miniwdl uses the Docker daemon on the local computer to orchestrate tasks - one Docker container per task. This is excellent for local debugging - tasks start as quickly as Docker can run them, within seconds. But if you want to run your workflow in a production-representative environment, you’re going to be dispatching it to a cloud container management API like Kubernetes or AWS Batch. And in those APIs, it can take a long time - minutes - to provision a VM for your workflow. That will kill your development velocity - and it will also pile up burst scaling latency and job dispatch overhead in production. With Fargate, containers take about 10 seconds to start (not perfect, but still much faster than cold-starting containers with other cloud APIs).

Another aspect of this work is to make these tools accessible to anybody with an AWS account - and to make sure that the baseline compute capacity is zero, so there are no nasty billing surprises at the end of the month. To achieve this, I used the functionality in the aegea package to enable automatic provisioning of a Fargate ECS cluster and its associated resources.

So what does this look like in practice? To get started, we first need to create an Amazon EFS filesystem which will be used to handle inputs and outputs for our workflow, and an Amazon EC2 instance which will orchestrate the workflow. You can follow the official AWS EFS guide, or install the aegea tool and run aegea efs create wdltest --tags mountpoint=/mnt/efs followed by aegea launch wdltest --security-group aegea.efs and aegea ssh wdltest to launch and connect to the EC2 instance.

After these steps are complete, let’s install the prerequisites on the orchestrator EC2 instance:

To configure miniwdl to use the Fargate scheduler, we need set the container_backend config option by either running

or adding the following lines to the file ~/.config/miniwdl.cfg:

For our first test workflow run, let’s use the Dockstore md5 checksum test tool. Assuming the EFS filesystem is mounted on /mnt/efs, use the following command to run the workflow and produce a checksum of the /bin/bash executable:

Behind the scenes, there are several things that the miniwdl and aegea tools are managing for us. To access the EFS filesystem, the orchestrator instance and the Fargate container must both be in a security group that provides network connectivity to it. To run a Fargate task containing the WDL task, an ECS cluster must first be created. And to stream WDL task logs while the container runs, miniwdl and the Fargate plugin must work together to monitor the runtime state. All of these things are taken care of automatically, but if you want to find out more, have a look at the miniwdl and aegea docs.

Amazon Web Services and Google Cloud Platform are the two main competitors pushing the state of the art in value-added managed cloud orchestration services. A recent post by Tim Bray sheds some light on the “cloud glue” level workflow orchestration services that Amazon and Google provide, their advantages and drawbacks. In production workloads that I am responsible for, we use AWS Step Functions to orchestrate cloud-level workflows. This approach makes the managed API itself responsible for the top level state of your workflow; you no longer have to worry about managing a central server and database (or distributed locking/state management system) to dispatch your workflows and keep track of their state, and all the headaches that go along with that. You also gain a much tighter integration between workflow management and other cloud APIs. We leverage this to great effect to string together AWS Batch jobs and AWS Lambda function executions - a powerful combination that increases the dynamic range of our workflow resource management to span from sub-second dispatch latency, 128MB RAM, fractional-core Lambda containers to 4TB RAM, 128-core instances if needed for heavy duty tasks. On the flip side, by using these APIs you do lock yourself into a more cloud-specific ecosystem. So to keep our workflows portable and available to the community, we combine the two approaches: we use Step Functions for cloud-level orchestration, and miniwdl/WDL for instance-level orchestration. Step Functions ends up being responsible for managed resource provisioning and state tracking, and miniwdl/WDL for type checking and I/O marshalling.

In my next post, I will cover the details of how we use AWS Step Functions, as well as spot (preemptible) instances - an important cost optimization tool that is now integrated into both AWS Fargate and AWS Batch.